Your IT Services / About 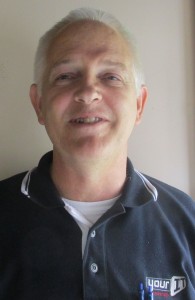 Bert was born in Florida, USA.  The son of a US Army Pilot, he spent his childhood in Florida, Panama, Vietnam and Thailand; moving to NZ at the age of twelve.

He tried various occupations in NZ and Western Australia, including  bank teller, road-train driver and electrician’s mate before choosing a career in Information Technology in the 1990’s.

Before starting up Your IT Services Bert worked at Computerland Wanganui where he gained Compaq and Acer technical certification. He was also employed at Wanganui City College and Wanganui Collegiate as a computer technician and network engineer.

Bert met Joanne when they collaborated on a server migration at Wanganui City College.  After their marriage they moved to Snells Beach to complete a Diploma of Business at Lifeway College.  At graduation Bert received the Lifeway College Business Distinction Award for overall outstanding achievement.

He also passed the CISCO CCNA Networking Basics exam in 2005.

Your IT services was started in 2006 after they graduated from College.

When Bert isn’t working he likes travelling around NZ and overseas.Since getting married he has been to the U.S. for a reunion, Malaysia on a study trip, Gold Coast, and driven over 4000 kms in just over two weeks one Christmas holiday.

When he is blobbing out you may find him racing cars or shooting alien on his X-Box. He gets his adrenaline fix by riding roller coasters because racing speedway is too expensive now. To cater for his creative side he has been singing in the Matakantata Choir since February 2013. 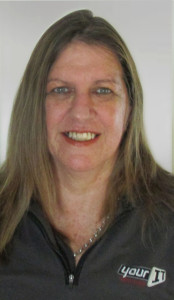 Joanne grew up on farms in Hawkes Bay and Wanganui.  After starting a career in the NZ and Australian Insurance industry, she became interested in computers just as they were being intruduced into the business environment.

Qualifications: After returning to NZ, Joanne started her IT training at the Wanganui Regional Community Polytechnic (now UCOL), gaining the NZ Certificate in Business Computing in 1996.

Since 1993 she has worked on a variety of IT projects, joining EDS as a software engineer in 1998.  Notable projects were the Y2K upgrade for the Justice sector and secondment to the Australian Customs Department in Canberra, for the introduction of the GST tax reform project.

After leaving EDS Joanne worked for Wanganui City College as a computer and network technician where she met Bert in 2002.  In 2003 Joanne joined UCOL, Wanganui-Manawatu to work on their Technical Support team, providing first and second level IT support to the staff and students.

After her marriage to Bert in 2004 she moved with him to Snells Beach to gain a Diploma of Business and begin their own company, Your IT Services in 2006. 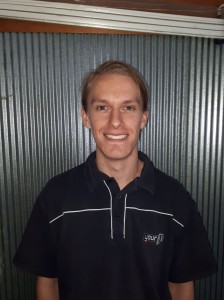 Justin is very knowledgeable and service oriented.  He wants to help people of all ages and levels to get the best out of their technology.

Justin grew up in Wanganui.  Before choosing a career in Information Technology and moving to Palmerston North to study at UCOL, his first job was working for  Video Ezy at Snells Beach.  His interests are in technology and gaming.

A true nerd at heart, from a young age Justin had a fascination with all things technology. This interest developed throughout his life, eventually leading to three years of study in Information & Communications Technology (ICT). His studies primarily focused on web & software development although in the early stages he dabbled in hardware & networking technologies.

Justin holds a degree in ICT but acknowledges that as with most things in life, experience is key. What he lacks in experience he makes up for in inquisitiveness and welcomes any opportunity to apply the problem solving skills acquired over the course of his studies.

When he’s not working at computers in the office he’s working on his own elaborate computer setup at home. His hobby of choice is competitive gaming and he has competed in events around the country. He uses gaming as a means of maintaining contact with old friends.

Having accomplished his first life goal of completing a degree qualification, his attention has now switched to purchasing an investment property in his hometown of Wanganui, as well as learning the ins and outs of the family business. 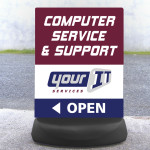 We bring corporate level I T experience to business and home users in the Warkworth and Snells Beach area, and a wider area from Rosedale to Mangawai.

We enjoy serving  people and aim to be the IT department for businesses and people who can’t afford their own IT department.

Having worked in the Information technology Industry since the early 1990’s, we’ve kept up with the changes.  Our varied exposure within Information Technology means we have several strings to our bow; we can support Microsoft, Apple Mac, and Linux computer systems.

We also have a heart for the environment and keep electronic waste out of the landfill.